The ABC powder is essentially a fluidized and siliconized monoammonium phosphate powder.  The active ingredient in the chemical powder is ammonium sulfate.

ABC powders are highly inefficient in the extinguishing of chlorine and oxidizer fires. The main reason is that the chemical reactions which occur during the process lead to the breakdown of the chemical structure and the release of toxic gases.

Furthermore as the powder possesses corrosive properties one should not use it on any sensitive equipment, which is sensitive to corrosion.

For the extinguishing of metals there is another type of powder- type D, nevertheless ABC is not effective. 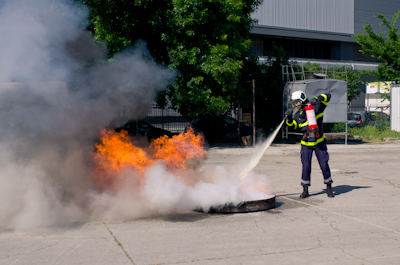 Since its establishment in 1996 thanks to successful company management DYAYAN Ltd gained significant market shares in the fire fighting business. The company has its own production plant, warehouses and an auto fleet for fast and reliable transportation. To ensure quality products and services we closely observe and follow the requirements of the European standards. DYAYAN Ltd. constantly develops its sales network to reach more customers and partners in the global market.